This morning we drove to Farako to attend church.  This is the place where the first members in Mali started the first group.  Farako is where the chicken farm is.  This is where it all began.

Farako is about an hour out of Bamako, going east. We drove on paved road much of the way, then we turned off, going south into the outskirts of town. Everything is dirty from red dust. There are people everywhere. There are no lanes in the roads and no traffic rules. Lots of motorcycles. As we drove south, we went through some new developing areas where cinder block homes are going up. Lots of small homes in rows. I wonder if it’s government housing of some sort. They are getting that road ready to pave. It’s like a whole new neighborhood–just red dirt and cement homes in rows. 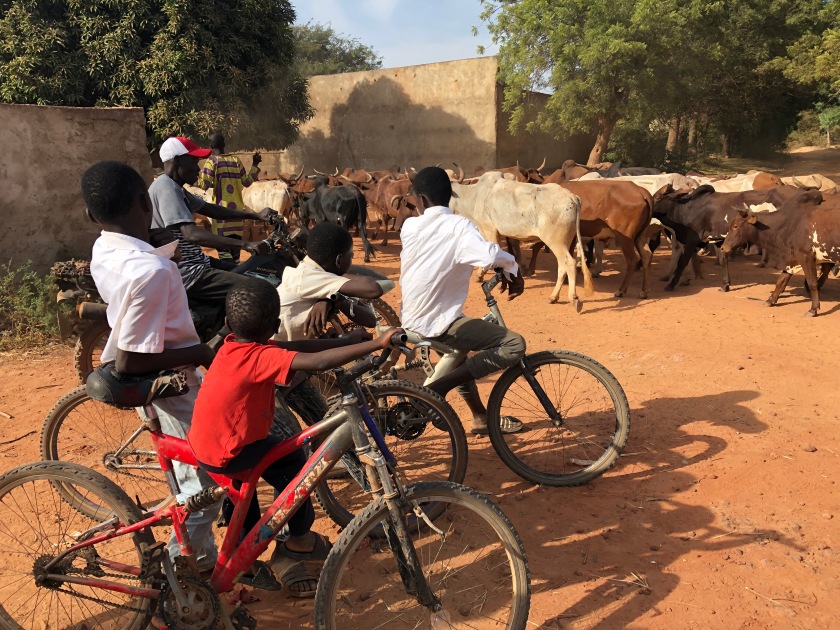 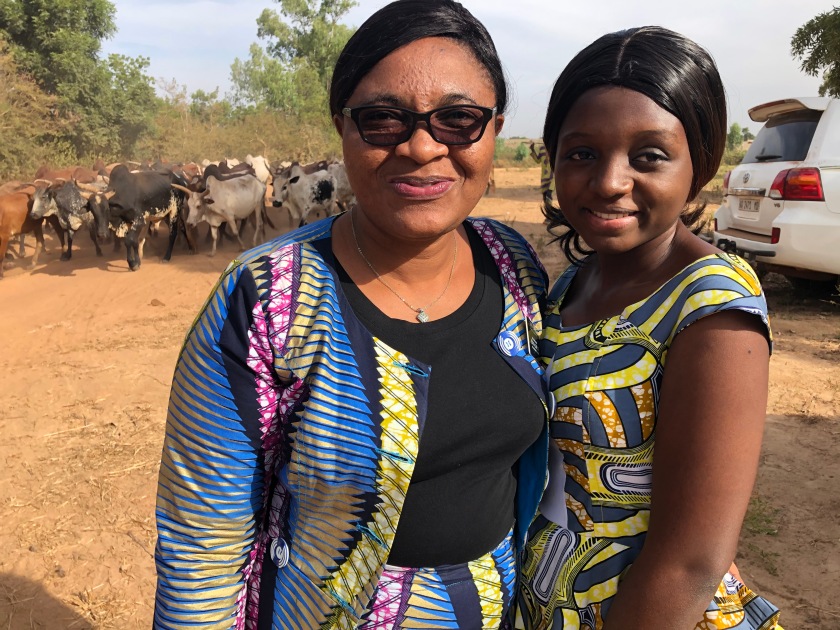 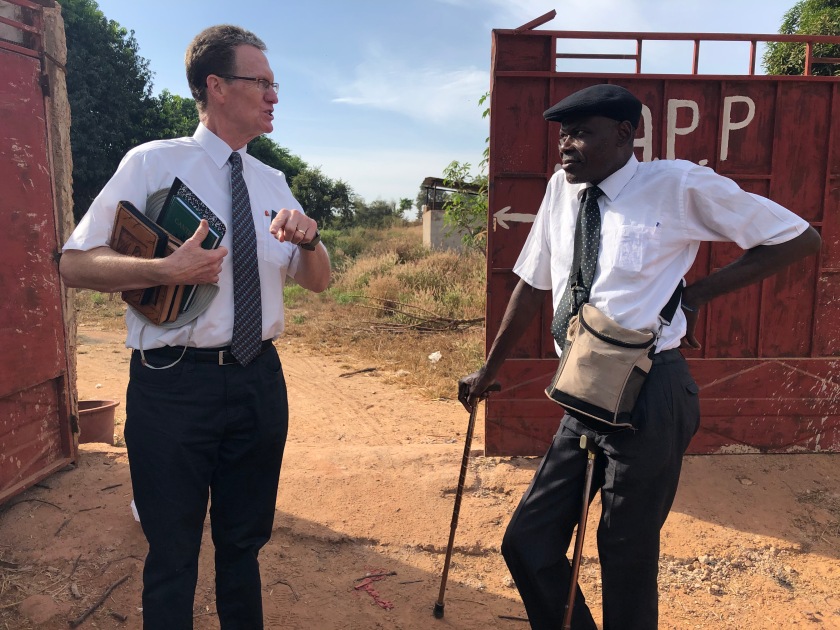 Then we turned off that dirt road to go to the chicken farm, another 30 minutes or so of pretty much bad roads. You have to go slow. Bumps and dips and dust. And long-horned Brahma bull skin-and-bones cows being herded on the same dirt road. It feels good to be back in the village life world. Mud brick homes, outdoor cooking. Shea trees and mangoes. Women washing. Men sitting, children playing. Dusty and dirty. It’s a wonder people live here. It’s such a hard life. We drove on until we came to the chicken farm and stopped there to greet Dramane Bagayoko, the group leader. He and a few others were there to lead us to the new meeting place.

Until last week, church meetings were held at an open bowery-type building here at the chicken farm.  Last week they moved to a new rented building about a 20-30 minute walk farther along the dirt road. 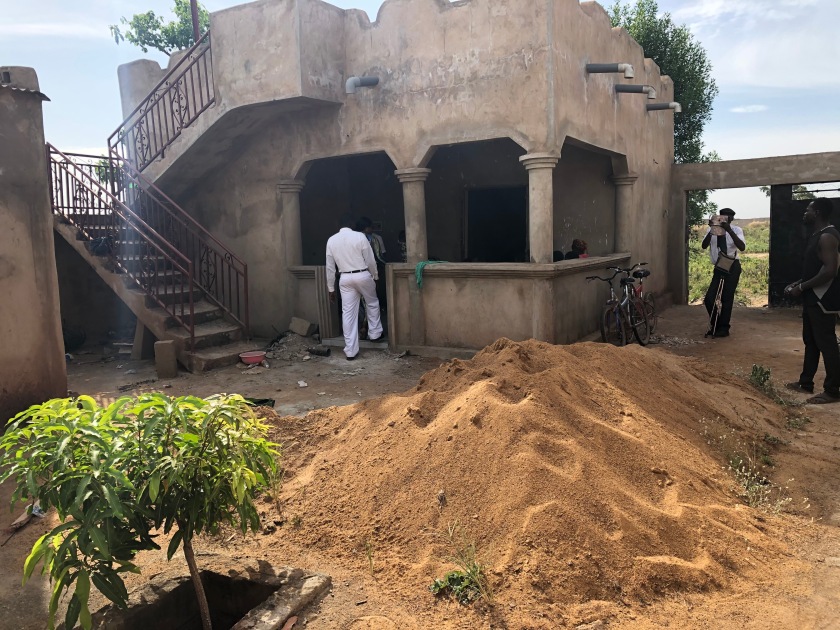 The new place is a small compound we are renting. It’s a construction zone right now. Cinder block construction. Small buildings around a center courtyard. The chapel was open on 2 sides, which was nice for the breeze. It’s small. Maybe 20 feet by 15 feet. We had 3 rows of 6 chairs, some chairs in the front for Pres & Sis Binene, we sat on the side. There was a small sacrament table with a chair behind it for Elder Oulai.

There is a side room with no windows, or maybe they were just closed. There are heavy metal window covers. As we got going, a few more people came and sat in the side room. By the end, we had 30 people there, mostly men, maybe 2 women and a few children. Barai and his son came. Dra translated from French to Bambara for the people there. Many of them don’t speak French.

Someone brought a bottle of water and a baguette for the sacrament. Elder Oulei blessed it. It all felt humble and perfect. A dragonfly came and went while we received the emblems of the sacrament. It was quiet and peaceful. I thought there is no place in this world I would rather be than here.

After the sacrament, John and I both spoke. Mostly in French. Dra translated to Bambura.  Then Sis Binene and Pres spoke. She taught them about prayer from Alma 33, 34 where is says to pray in your homes and with your families and in your fields and in your wildernesses. Pres Binene talked about the creation and all the steps, and then he taught about resting on the Sabbath and he talked about keeping the Sabbath holy.

After the sacrament meeting ended, we had a Sunday School lesson taught from Gospel Principles manual by Elder Oulei. The 3 other missionaries went to the other groups–2 stayed in Bamako, and one went to Gomi.  The lesson lasted a full hour, finishing up at about noon. It felt good. These are the pioneers, the first of the first generation. 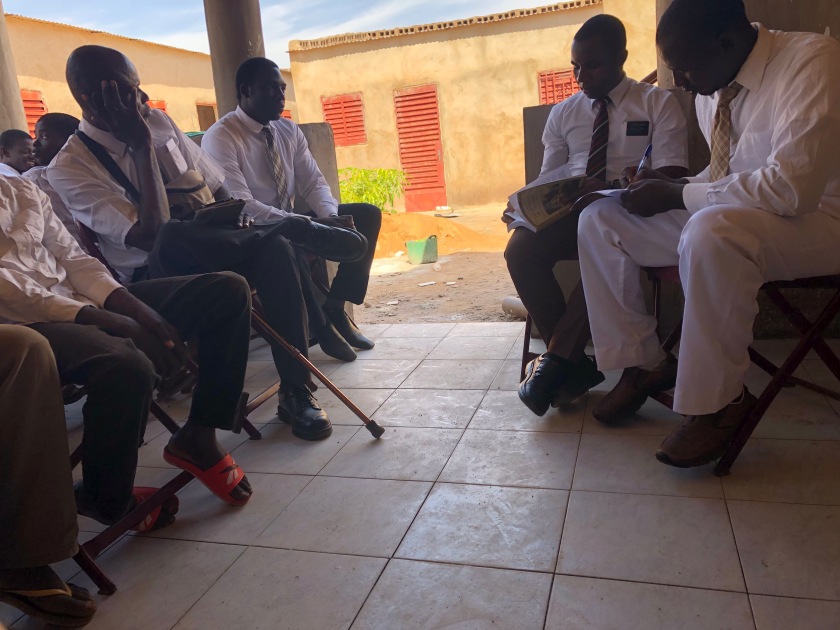 The other buildings in the compound: 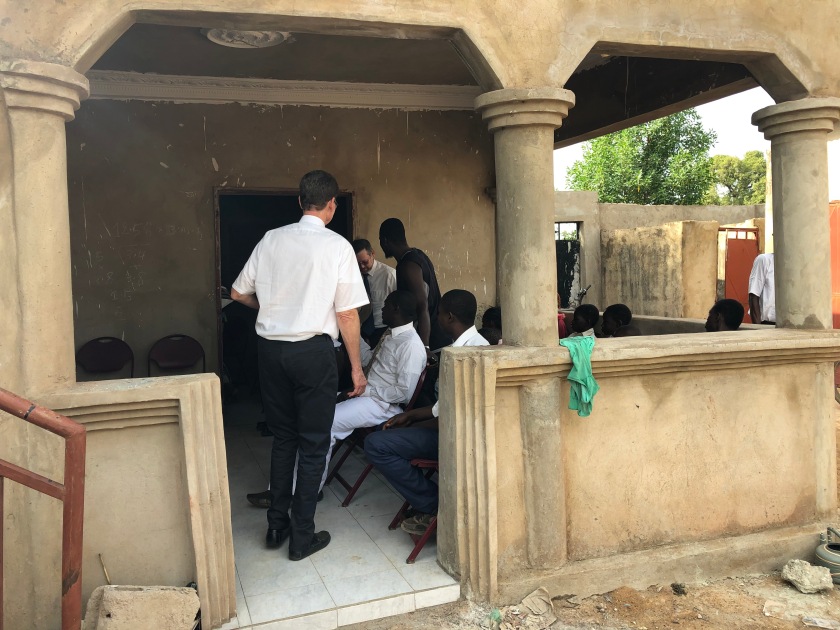 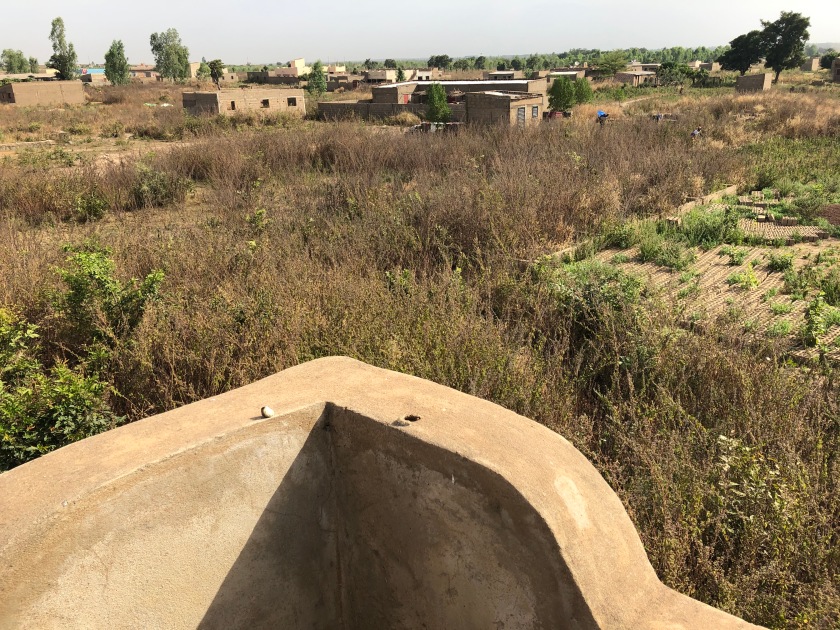 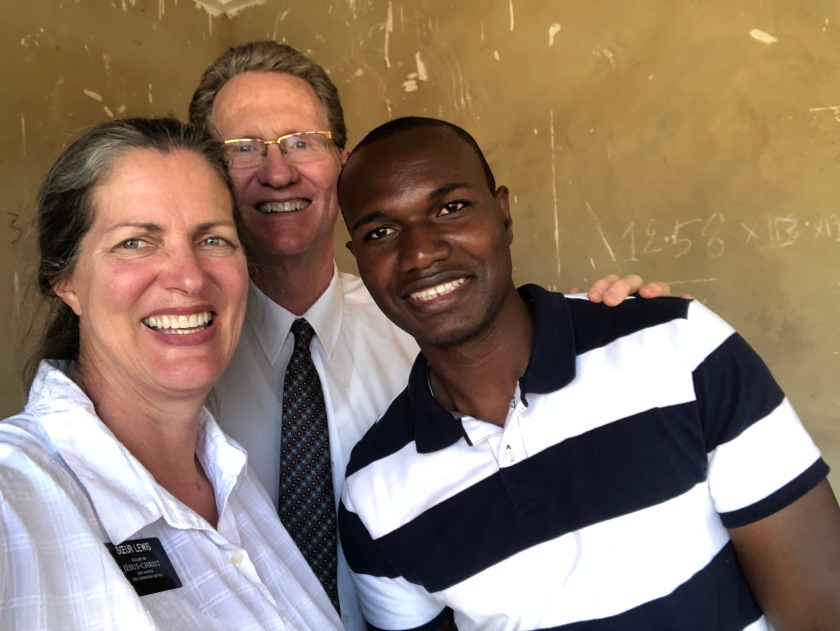 We had a visitor today from Ouelessebougou with his friend. His name was Nama Kamissoko. He went to BYU-I and married a girl named Courtney. They live in Provo now. He wants to get an MBA at BYU. He served a mission in Phoenix.

Being here is a good thing.  I feel the joy and peace of the Gospel of Jesus Christ in places like this where it’s easy to feel what really matters. 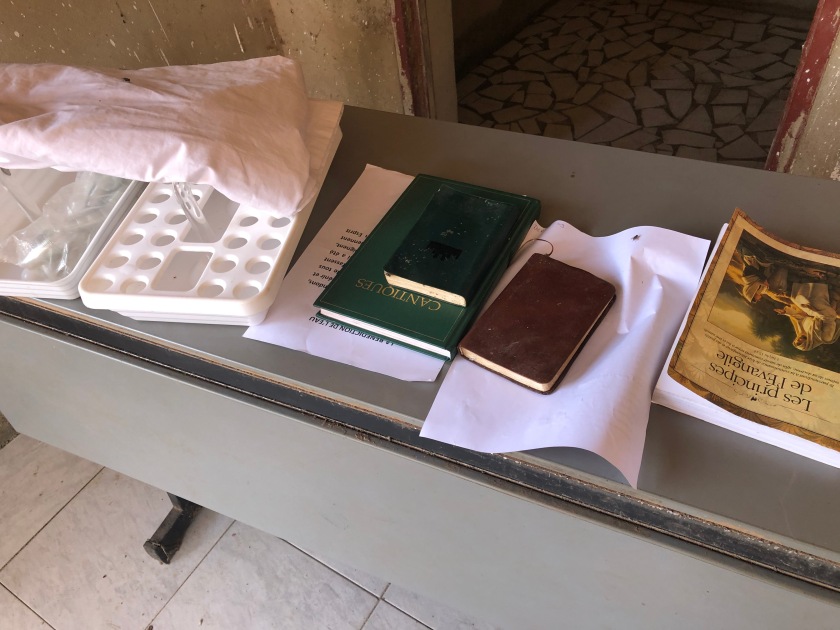 2 thoughts on “Attending Church in Farako”